Story about coffee and coffee house

Coffeehouse in Palestine, c.1900.Most widely known as coffeehouses or cafés, establishments serving prepared coffee or other hot beverages have existed for over five hundred years.

Various legends involving the introduction of coffee to Constantinople at a "Kiva Han" in the late 15th century circulate in culinary tradition, but with no documentation.[145]

In the 17th century, coffee appeared for the first time in Europe outside the Ottoman Empire, and coffeehouses were established and quickly became popular. The first coffeehouses in Western Europe appeared in Venice, a result of the traffic between La Serenissima and the Ottomans; the very first one is recorded in 1645. The first coffeehouse in England was set up in Oxford in 1650 by a Jewish man named Jacob in the building now known as "The Grand Cafe". A plaque on the wall still commemorates this and the Cafe is now a trendy cocktail bar.[147] By 1675, there were more than 3,000 coffeehouses in England.[148]

In 1672 an Armenian named Pascal established a coffee stall in Paris that was ultimately unsuccessful and the city had to wait until 1689 for its first coffeehouse when Procopio Cutò opened the Café Procope. This coffeehouse still exists today and was a major meeting place of the French Enlightenment; Voltaire, Rousseau, and Denis Diderot frequented it, and it is arguably the birthplace of the Encyclopédie, the first modern encyclopedia.[149] America had its first coffeehouse in Boston, in 1676.[150] Coffee, tea and beer were often served together in establishments which functioned both as coffeehouses and taverns; one such was the Green Dragon in Boston, where John Adams, James Otis and Paul Revere planned rebellion.[137]

The modern espresso machine was born in Milan in 1945 by Achille Gaggia,[151] and from there spread across coffeehouses and restaurants across Italy and the rest of Europe and North America in the early 1950s. An Italian named Pino Riservato opened the first espresso bar, the Moka Bar, in Soho in 1952, and there were 400 such bars in London alone by 1956. Cappucino was particularly popular among English drinkers.[152] Similarly in the United States, the espresso craze spread. North Beach in San Francisco saw the opening of the Caffe Trieste in 1957, which saw Beat Generation poets such as Allen Ginsberg and Bob Kaufman alongside bemused Italian immigrants.[152] Similar such cafes existed in Greenwich Village and elsewhere.[152]

The first Peet's Coffee & Tea store opened in 1966 in Berkeley, California by Dutch native Alfred Peet. He chose to focus on roasting batches with fresher, higher quality beans than was the norm at the time. He was a trainer and supplier to the founders of Starbuck’s.[153]

The international coffeehouse chain Starbucks began as a modest business roasting and selling quality coffee beans in 1971, by three college students Jerry Baldwin, Gordon Bowker and Zev Siegl. The first store opened on March 30, 1971 at the Pike Place Market in Seattle, followed by a second and third over the next two years.[154] Entrepreneur Howard Schultz joined the company in 1982 as Director of Retail Operations and Marketing, and pushed to sell premade espresso coffee. The others were reluctant, but Schultz opened Il Giornale in Seattle in April 1986.[155] He bought the other owners out in March 1987 and pushed on with plans to expand—from 1987 to the end of 1991, the chain (rebranded from Il Giornale to Starbucks) expanded to over 100 outlets.[156] The company has 16,600 stores in over 40 countries worldwide. 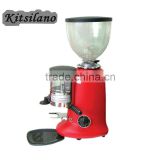