1.OEM, ODM, buyer labels etc. accepted. You may offer your design and we can produce as required.
2.Samples are for free subject to the shipping charge on the buyer`s account.
3. Your visits to our factory are warm welcomed.

1.     Q: Are you factory or trading company?
A: We are professional wallpaper factory with 15 production lines.10 years wallpaper manufacturing experience and 3 years export experience.
2.     Q: What is your MOQ?
A: The MOQ is 1 roll.If you want a trial order,we are glad to serve you.
3.     Q: How many wallpaper collections do you have?
A: We have more than 300 collections for option.and if you need collection e-catalogs,we can send to you.just tell us your email.
4.     Q: Do you provide free samples?
A: Yes, we offer free samples. You can select the items which you like on our website and send us the item No.. we will send to you,and you need to pay only for delivery.
5.     Q: What can I do if I need under 12 rolls.
A: You can place order on our online store for retail,
6.     Q: Which size do you have?
A: We have 0.53*10m patterns.
7.     Q: What kind of wallpaper do you produce?
A: Production list: wallpaper, wallcoverings

You are welcome to visit our factory any time. We promised to provide you good quality products at handsome prices, and excellent service.

Beijing Misho Jati Decoration Material Co., Ltd founded in 2010 , is located in Laiwu City, Shandong Province , the factory covers an area of 66,000 square meters . North China is currently one of the most famous wallpaper companies , the leading wallpaper manufacturers and suppliers.

2012 , in order to integrate corporate resources , improve market competitiveness , our change the original by product division structure , re- integration of resources. R & D headquarters and marketing headquarters were set up in Shanghai and Beijing , the marketing network has been all over North China and the world . Company and Anglo-American , Australia , Eastern Europe , dozens of agents and thousands of agents nationwide distribution network has a good working relationship . Vanguard has developed into a large-scale specialized international influence wallpaper company .

In 2013, in Beijing, Shanghai branch office and warehouse, meet the demand of domestic market, international trade department, established in 2015, a year to participate in the domestic various exhibitions, through proprietary brand publicity, achieve good reputation both at home and abroad now.

Vanguard wallpaper , the next challenge , the next leader across future !

1.Free samples worldwide. You can choose any models here and write to us, then we will send samples by express courier(DHL,Fedex or others).

2.You can place a trail order for testing after the samples.

3.1-40free catalog books will be offered after order placed.

4.OEM accepted. You can send us your designs and we will produce wallpapers as required.

5.Special sizes can be discussed.

6.New wallpaper design looking for distributor/wholesaler all over the world.

7.Welcome to visit our factory!

We have various kinds of wallpapers as below:

And other types of wallpapers like stone paper base wallpaper, grass wallpaper, fiber glass wallpaper, slik, and 1000 different material ...
Designer wallpaper and OEM Brand wallpapers
More products & pictures are not able to list due to the page limitation, please inquire us for more details...
We are looking for wallpaper wholesale all over the world 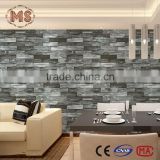