1. Packaging: 25kg/bag, 20kg/bag, 20kg/drum, 25kg/drum
2. Storage: 12 months under 25 degree in cool and dry place.
Avoid the high temperature and direct sunlight.
After the package is opened, use early. The package should be sealed if it hasn't been completely used.
3. Delivery date: 10-20 days after confirmed contract
4. Port of loading: Qingdao, China by sea or as requirement
One 20'GP can contain 10 -13 tons if bag

TTX acid cellulase is extracted from trichoderma reesei and refined by microbial fermentation technology, and advanced post-processing techniques. As a kind of multi-component compound bio-enzyme catalyst, cellulase can catalyze the hydrolysis of cellulose and generate short fiber, cellose, glucose, etc. It is widely applied in feed, textiles, alcoholic fermentation and juice processing.

One unit of cellulase is defined as the quantity of enzyme, which release 1μmol of reducing sugar from 5mg/mL sodium carboxymethyl cellulose solution at 50℃ and pH 4.8 in 1min.

Application (Adjustable according to experiment results)

1. In fabric and textiles, suitable for hydrolyzing the hairiness on fabric and eliminating scratchiness, improving the sheen, flexibility, air-permeability, drapability and softness of the textile fabrics.

Recommended dosage of 10000 U/g acid cellulase is 0.3-1.8% (owf - for fabric weight and the specific amount depending on processing requirements; the bigger the dosage, the more significant effect).

2. In alcohol industry, Breaking down plant cell walls and membranes, boosting the release of starch, and in turn, the output of alcohol.

Suggest to add acid cellulase in the fermentation or saccharify processing.

Liquid product: 25kg/drum or 200 kg/drum or as requirement

Liquid product: 6 months under 25℃in cool and dry place

After the package is opened, use early. The package should be sealed if it hasn’t been completely used.

4. Port of loading: Qingdao, China by sea or as requirement

Founded in 1998, Jinan Tiantianxiang Co., Ltd. is specialized in feed additives. We can supply enzymes and feed additives for farmers, feed mill, traders and distributors in China and abroad.

We own two factories as production base. One is Jinan Tiantianxiang Co., Ltd.,specializes in flavor enchancement and other feed additives. The other is Jinan Nornoon Biological Engineering Co., Ltd. , specializes in enzymes used in animal feed, food and other industry.

In 2014, started to produce protease including acid protease, neutral protease, alkaline protease and keratinase, at the same time, developed refined phytase 1000000 U/g, all dissolve in water, without carrier

In 2013, the spray dry tower construction completed and come on line.

In 2012, the first keratinase producer in China. At the same time, isolate strain of Aspergillus niger by traditional mutation process and produce BIOFENZYME, which contains high activity of multiple enzymes. At the same year, started develop food enzyme series products.

In 2010, successfully developed acidic β-mannanase which is both acid resistant and thermostable.

In 2009, the first producer of alpha galactosidase in China.

In 2007, started to produce liquid enzyme and the first beta mannanase producer in China

In 2006, the first liquid phytase producer in China.

In 2002, became the first 3-phytase supplier in China.

In 2000, started to develop phytase with an improved property

In 1998, started to produce feed flavors and sweeteners.

With our staff’s effort, both the products and service have acquired the qualification of ISO9001, ISO22000 (HACCP) and FAMI-QS. We hope to establish good business relations with feed producers and agents all over the world. 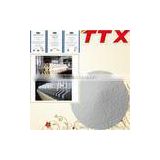