This machine with largest puffing capacity in China heated by electric,mainly used for puffed products such as soybean, corn, rice, wheat, etc. The machine is with crusher and puffing together. Firstly, the crusher will mill the materials, then the puffing part will puff the materials.With large productivity and low energy consumption,rice bulking machine is strictly tested before leaving the factory which ensures high security rate, thus it became the first choice among domestic puffing food producers.

you can choose what you want shapes

this is the machine screws
Certifications

Pre-sales services
* any concerns of our machine by email/phone will be replied ASAP within 24 hours
* according to the customers' requirements and circumstance to make the best design
* cost/benefit analysis
* to support factory layout
In the sale of services
* we are in charge of installing,debugging and training
* technical guidance of frequently asked questions
After-sales service
* one year guarantee for whole machine except of quick-wear part
* 24 hours technical support by email/phone
* calling, network or door-to-door service
* use friendly English software, user manual and detailed Videos/CD

1. Are you manufacturer?
Yes, we are. Welcome to visit our factory.
2. Can you change the machine voltage as our request?
Yes, we can.
3. How about your after-sales service?
Our engineer can go outside to install and train your workers to operate the full machine line.
4. Warranty time of your machine?
1 year except for consumable spare parts.
5. How about delivery time of your machine?
Generally it needs 5-7 days for big machines or producing line,and it will be much longer but within our negotiated delivery time. 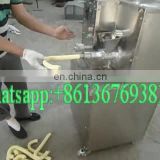