Presentation: Each 2ml multi dose vial contains 5 mg/vial. with Keifei® wording imprinted on the side. Black colour cap with keifei® wording stamp on it. Come in both 10 x 5mg/vial with 10 x 2ml/ampoules of Bacteriostatic Water in a plastic insert in white and black colour box. 1 set of 10 digits authentication codes paste on the plastic tray.

GHRP-6 is a peptide in the growth factor family. It has strong effect on the release of Growth Hormone (GH). Its main use is to promote food intake by stimulating hunger and aid in energy metabolism. It can be used in the treatment of GH deficiency as well as cachexia, eating disorders and obesity.

Action: The major side effect accompanied by the use of GHRP-6 is a significant increase in appetite due to a stimulating the release of Ghrelin, a peptide which is released naturally in the lining of the stomach and increases hunger and gastric emptying.

GHRP-6 causes stimulation of the anterior pituitary gland which ultimately causes an increase in GH release. Since GHRP-6 acts directly on the feedback loop which signals the inhibition of GH release, when natural GH secretion has been inhibited by long term synthetic use, GHRP-6 can be used to re-stimulate the natural production of GH. GHRP-6 also affects the central nervous system, by protecting neurons as well as increasing strength in a way very similar to the way certain steroids in the Dihydrotestosterone family do.

Benefits of increased Growth Hormone levels through GHRP-6 stimulation include: an increase in strength, muscle mass and body fat loss, rejuvenation and strengthening of joints, connective tissue and bone mass. Enhanced GH secretion also leads to the liver secreting more IGF-1 (Insulin-Like Growth Factor 1), which is thought to be the primary anabolic mechanism of action for Growth Hormone.

Technical Data: It has also been discovered that when GHRP-6 and insulin are used simultaneously, GH response to GHRP-6 is increased (1). A recent study in normal mice showed significant differences in body composition, muscle growth, glucose metabolism, memory and cardiac function in the mice being administered the GHRP-6 (2). There are still many questions regarding this fairly new compound, scientists are hoping with to gain a better clinical understanding of the peptide through further research over the next few years. 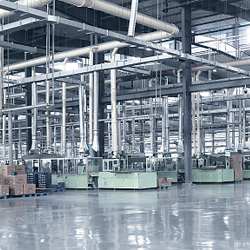 We are a composite supplier, our product are used in many fields, which includes: agriculture, industry, medical and so on. 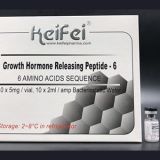