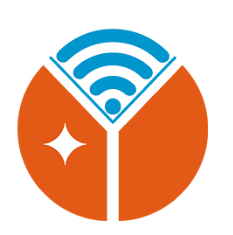 The powerful 8-bay, quad-core TS-832X includes two 10GbE SFP+ ports to fully support 10GbE high-speed networks at a budget price with maximized ROI. It is also an ARM-based NAS that supports Qtier™ technology for efficient auto-tiered storage. The PCIe slots extend greater application potential, for example, by installing QNAP’s new PCIe wireless network card QWA-AC2600 the TS-832X is transformed into a convenient wireless base station that allows devices to directly connect to the NAS for easy access to its services and Internet connection.

The TS-832X 8-Bay NAS Enclosure from QNAP has been built with two 10GbE SFP+ ports to fully support 10GbE networks at a more cost-effective price. It is also an ARM-based NAS that supports Qtier technology for efficient auto-tiered storage. Its PCIe slots increases its application potential, as users can install QNAP's QWA-AC2600 PCIe wireless network card to create a wireless base station that allows devices to directly connect for user-friendly access to its services and network connection.

This 8-bay enclosure can natively house both 3.5" and 2.5" SATA III hard drives and SSDs. When equipped with SSDs, users will have the option to take advantage of SSD caching to improve the workflow of random IOPS-demanding applications. Using the three 5 Gb/s USB 3.0 Type-A ports, this QNAP NAS can be connected to other QNAP devices, including two UX-800P or UX-500P expansion enclosures. Additionally, the TS-832X is validated with FIPS 140-2 AES 256-bit encryption, helping to prevent sensitive business data from unauthorized access and breaches.

QNAP has engineered this NAS to support JBOD and single disk modes, plus a variety of RAID modes, including RAID 0, 1, 5, 6, 10, 50, 60, and + hot spare, each of which offer data redundancy, speed, or a combination of both. It operates using a 250W power supply and includes two Ethernet cables, a power cord, flat head screws for 3.5" HDDs, and flat head screws for 2.5" HDDs.