Perfumes can still be found with ambergris around the world.

It is collected from remains found at sea and on beaches, although its precursor originates from the sperm whale, which is a vulnerable species.

Ancient Egyptians burned ambergris as incense, while in modern Egypt ambergris is used for scenting cigarettes.
The ancient Chinese called the substance "dragon's spittle fragrance".
During the Black Death in Europe, people believed that carrying a ball of ambergris could help prevent them from getting the plague.
This was because the fragrance covered the smell of the air which was believed to be a cause of plague.

This substance has also been used historically as a flavouring for food and is considered an aphrodisiac in some cultures.
During the Middle Ages, Europeans used ambergris as a medication for headaches, colds, epilepsy, and other ailments.

Price at only for reference . 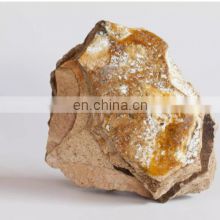