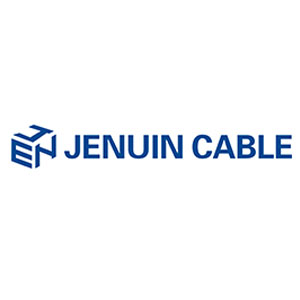 As a China electric wire manufacturer and control cable supplier with over 20 years of knowledge in the cables industry, we supply reliable cables worldwide. We have all the necessary cable facilities to produce the cable in house without sourcing some processing outside to guarantee the quality.

Aerial Bundle Cables, normally referred to as Aerial Bundled Conductors or ABC, with 0.6/1kv, are called for combining multiple single-core cables together. They are widely used in temporary power distribution to street lighting and secondary pole-pole service cables. ABC copper building wire feature light stranded aluminum conductors, both single-core and multi-cores, covered with XLPE/PE/PVC insulation. They are more commonly used in temporary power installations such as an on-base building. They are often referred to as bare conductors As insulated cables. As an excellent ABC cable company and reliable ABC cable suppliers, we offer high quality Aerial Bundle Cables. These cables are installed and separated by air gaps but where sparks and shorts in the event of high winds may cause resulting bushfires in dry climates or risk nearby property. If you want to know ABC cable price list, please contact us.

Aerial Bundle Cables have a working temperature range from -40℃ to +80℃ and can be set up in temperatures as low as -20°C. As a professional aerial bunch cable manufacturer, we offer high quality products with a reasonable aerial bundled cable price.

Our standard of Low Voltage ABC (lv ABC cable) is m BS7870 and has a voltage rating of 0.6/1kV. With the insulation, it also meets Class II according to IEC 61140 in protecting against electric shock. 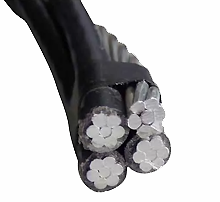