JENUINcable is a Chinese electric wire company with more than 20 years of experience in designing, manufacturing, and selling green environmental–protective xlpe wire and cable.

There are different armoured cable uses, mainly as the building or power transmitting network where the cable needs to be laid underground or outdoor and should protect the cable from mechanical damage and withstanding the pulling loads. It is made according to IEC60502. 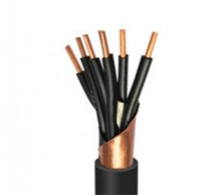