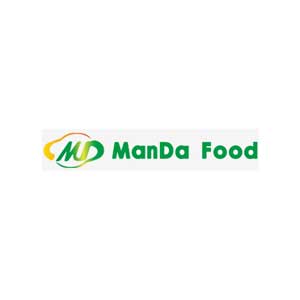 Sesame - a traditional oil and cash crop in China

China's climate is very suitable for the growth of sesame, and it has the natural climatic resources to obtain high yield of sesame.

The growth period of sesame is short, and the labor of thinning, fixing, and weeding is concentrated, but the mechanized production of sesame is not suitable, which restricts the planting of sesame in developed countries.

With a large population and less land, China has abundant labor force. With the increasing yield and price of sesame, Chinese farmers are becoming more and more fond of planting sesame.

Chinese sesame has strong adaptability and high yield potential. In normal years, the yield can reach more than 1000kg/hm2. In addition, the market price is high and the production cost is low, so the economic benefits of sesame planting are considerable. The sesame market is quite active, and there has never been a phenomenon that sesame can not be sold or sold.

China is a country that likes to eat sesame oil and sesame products, but the amount of sesame per capita is very low about 0.5kg.

With the improvement of people's living standard and the enhancement of health care awareness, the consumption of sesame will be greatly increased, so the domestic market has great potential.

Sesame is a traditional export product of China. The seed skin of Chinese sesame varieties is pure white or black, the grain is larger, the commodity property is good, obviously superior to the brown sesame of India, Myanmar, and other countries, is the main trade variety type in the international market, and the taste is good, the oil yield is high, is becoming a good product in the world market, has a strong international competitiveness. With China's entry into WTO, the export volume of sesame increased obviously.

Sesame is one of the top four edible oil crops in China, its seed oil content is as high as 61%. Since ancient times in China, there have been many famous special foods and delicacies made with sesame and sesame oil, which have been well known in the world.

Sesame oil made from small mill has a tangy aroma and is selling well in the international market. Also, demand for its famous tahini sauce is in short supply.

Types of Sesame in Manda

Sesame is one of the four edible oil crops and one of the main oil crops in China.The fragrant oil extracted from sesame seeds, also known as sesame oil, can be used as cooking oil and medicinal: as a fine massage oil, or as an ointment base, sticking-slipper, or antidote.Sesame oil from sugar is used to make butter and cosmetics.From the flowers and stems of sesame seeds, the perfume used in perfume is obtained.Hot pressed sesame oil can be used to make carbon paper.Sesame oil combustion generated by the lampblack, can make high - grade ink.The stems of sesame seeds can be used as fuel.

Sesame seeds can also be used for industrial production of lubricants and soap.Sesame seeds meal contains high protein content, which is a good concentrate feed. The meal contains about 5.9% nitrogen, 3.3% phosphoric acid and 1.5% potassium oxide, so it is also a good fertilizer.

The edible value of sesame seeds

Skin care and beauty: often eat sesame, can keep the skin tender, delicate and smooth.Have the person of habitual constipation, the toxin that keeps inside bowel can harm the liver of the person, also can cause the coarse skin.

Sesame can slippery bowel treatment constipation, and has the effect of moisturizing the skin.Use the person that goes on a diet to reduce weight, as a result of its nutrition intake is insufficient, the skin can become dry, coarser.

While reducing weight on a diet, if cooperate the edible of sesame seed, coarse skin can obtain ameliorative.

2. Linoleic acid (C18∶2) in sesame has the function of regulating cholesterol.

3. Sesame contains rich vitamin E, which can prevent the harm of lipid peroxide on the skin, offset or neutralize the accumulation of harmful substances in the cell free radical, make the skin white and moist, and prevent various skin inflammation.

4. Sesame seeds also have the effect of nourishing blood, which can treat dry and rough skin, make skin delicate and smooth, rosy and shiny.

The medicinal value of sesame seeds in Chinese medicine

Sesame has the effect of nourishing liver and kidney, enriching blood, moistening intestines and dryness, and promoting milk.

The development of sesame production is of great significance to the improvement of China's edible oil structure, the improvement of people's health level, the increase of farmers' income and the increase of foreign exchange earning level of export, etc. The production of sesame has a broad prospect, and Manda Food makes every effort to provide customers with the best source materials.

Manda Food was founded in 2001, mainly engaged in agricultural and sideline products, healthy food, the company has always adhered to the principle of sincere and kind treatment of every customer, so as to treat each other in good faith, sincerely serve customers, give customers the best service, just to create our brand "Manda Food" today.

As a dehydrated food company, we will do our best to meet all the needs of customers. 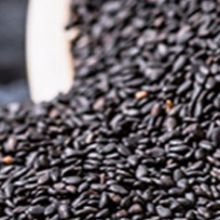